Without reservation there's no chance of getting a table. You can easily understand why after being there. It can only fit about 24 people. As for the atmosphere it is cosy and nicely decorated. You do feel a bit of a home feeling. But it is ruined by a poor service and lack of quality on the menu. The waiter could not spare you a smile and appeared to gave little knowledge about all that he was supposed to do and know. It was even awkward at some point as he would not know the wines they sold and had to go and fetch a small little paper with some scribbles on, brought us mistaken orders and by the time we payed he was clearly distracted from it all. The night before we had our actual reservation and they forgot it. As some type of reward he promised that we would have a table for the following day and a bottle of wine would be "on the house". Such a nice way to redeem themselves but no one came to the table and complied to that gesture. The owner did not even came to greet us or to ask if we were pleased with the meal, which is an odd behaviour for a restaurant that small... Apart from all that the menu was disappointing, the boiled egg with spicy chocolate made us laugh as it seemed like a kids made dish, and all the rest was served cold, the typical red bean rice came overdone and with white beans (!!!) and the sprat was so badly cooked i felt sorry for the place. The only star of the night was the chocolate mousse that was really tasty and well made. Clearly not a place to go back and leave us with a sad feeling that there are so many restaurants opening and getting all this attention and I can't shake this feeling that the times where there were only a few but it was always worth it. 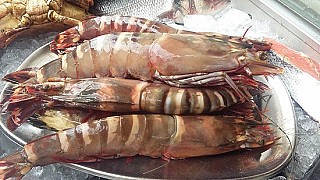